2001 AR5 Swap, Built NA-T, Standalone
Joined May 18, 2020
·
380 Posts
There you go, don't bother drilling out the oil cap baffle by the way, I accidentally drilled through the top on mine. I'm not sure what wires on the ABS go to each corner, but I'm sure a few minutes with a multimeter and you'll find out. The way my traction control strategy works is by comparing the rate of change of RPM vs wheel speed, so if the rate of change is above a certain amount it will cut spark. I plan on wiring it up to use the OEM button and dash light.

Joined Mar 23, 2016
·
1,283 Posts
I've posted about this before, but will again here for posterity sake. If you don't care to retain ABS functionality while gaining traction control with a new ECU, disregard the rest of this post. Put another way, the info below explains how to keep your ABS but also use your wheel speed sensors for traction control with your new ECU.

The wheel speed sensors (WSS) go to the ABS module (under the dash). ABS makes computations based on it's programming and sends engagement/disengagement signals to the ABS pump (under the hood).

The WSS are variable-reluctance style, which is a permanent magnet with a coil wrapped around it. As a tooth passes, a current is generated. The signal will be a sinusoid; the frequency and voltage of the which will increase with wheel RPM.

You cannot splice into this signal to share it between multiple devices (presumably the ABS module and new engine controller), because the signal does not have enough current to drive multiple devices simultaneously.

What you can do, however, is install a special, powered circuit that can intercept the WSS signal - and then pass it along to its original device (the ABS module). Meanwhile, the circuit will output a 0-5V square wave with frequency equal to the WSS sinusoid. This signal can then be plumbed over to any digital input on your ECU that is capable of dealing with the frequency.

I used this unit, and it works great: 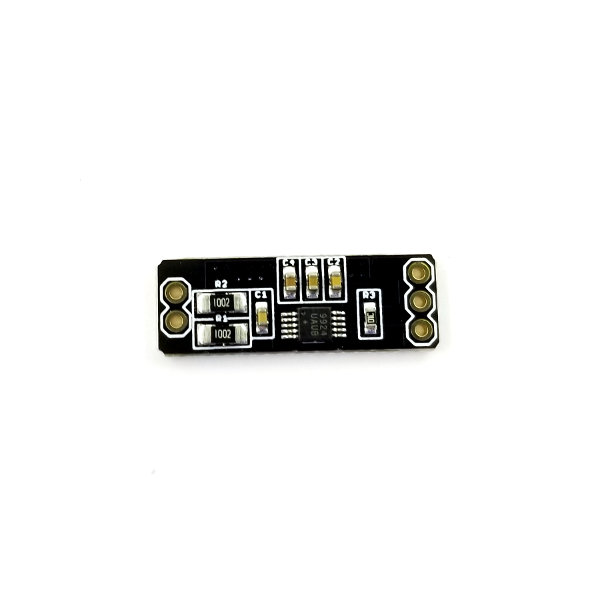 The VR to Hall Sensor Converter provides a simple and cost-effective solution to connect a variable reluctance (VR) sensor to a hall effect sensor input on your ECU/ECM/PCM, speedometer, nitrous/boost/methanol controller, or any other device requiring a 0-5V speed or position signal. Simply...
sirhclabs.com

It is sensitive enough to begin outputting the 5V square wave once the sinusoid voltage hits about 15mV - which corresponds to slowly rotating the wheel by hand.

I have not tested this unit at high speed yet, but the manufacturer claims they have many customers running it for WSS applications up to 150mph with no issues. If this is true, the unit could easily be used to "improve" the noisy VR cam/crank sensors on our 2Js as well.

The head cannot be repaired, the casting had an air gap in it where the divider is on the most rear cylinder intake port. during porting, we found the weak spot as the head is supposed to be solid and we blew through it. better to find out now than later. I am now searching for a new head and will see what happens. My guy working in the head is awesome and typically chases everything he can to the end, if he says its toast, its toast due to possibly core shift during the casting process.

Will keep you updated.

Quoted the definition of core shift from a diesel engine engineer :

"All larger internal cavities in the block and head of the engine (like water jackets, cylinder bore etc.) are made using cores. The cores are made by sand, and so is the mould. When you fill the mold with metal, the air in the mold will be replaced with metal, and afterwards the sand will be removed from the internal cavities and the surface of the casting. The so called "freeze plugs" are realy core plugs, used to plug the holes the foundry uses to support the cores, and also to remove the sand from the internal cavities. The cores are suposed to be locked 100% in place by the "core prints" (the sandcores extrudes trough the holes for the core plugs and into the wall of the mould, where there is a cavity to hold the core). In real life, the cores are allowed to move a little bit, and when they are out of place, you get a "core shift", which means that you get too litle metal on one side, and too much on another side of the core. "

Joined Mar 28, 2021
·
88 Posts
Grabbed a new block Saturday and ready to take head for valve guide removal so we can port it again...

Question as it seems no matter where I search I get conflicting information.

Is it bad to run a PHR modified GTE oil pump on the GE block?

2001 AR5 Swap, Built NA-T, Standalone
Joined May 18, 2020
·
380 Posts
The main difference between the GE and GTE block is the presence of oil squirters. The GE block doesn't have them so the GE oil pump has slightly less pressure than the GTE to accommodate for that difference. Another thing that usually flies under the radar is that the turbo engine also had an oil cooler and had to feed two turbos, so on a GE block feeding one turbo the GTE pump should be more than enough. I don't know exactly when the GTE pump becomes a problem, which it might not even be, but some people have had issues with front main seals popping out from excess pressure and the small oil drainback hole. If I were to do it again I'd just drill that out "one size bigger" according to Rad Dan and call it a day.

Fuel setup has been agreed upon. Walbro 485 in tank with radium jet venturi pump to oassive side of tank... tap the tank on the bottom for the weldon 2345a suction side. Will use weldon as secondary pump. Hit up my vendors today to see if anyone has them.

Tweakd performance waiting on loom for the harness and no update from grannas on turbo manifold as i know hes in the middle of relocating to florida and hes probably swammped so im being patient.

Will update once i can

Joined Mar 28, 2021
·
88 Posts
So , heres a question. I bought a new clutch pedal assembly. I have the torsion spring installed and clutch pedal is being forced upwards toward driver. When i have assembly complete in hand and depress the pedal all the way down, the spring pops out .. will this be an issue ? I dont foresee the pedal going all the way to the floor however im not sure if this is engineered design, or faulty assembly by yours truly.

Joined Mar 28, 2021
·
88 Posts
Not at the moment, this is driftmotions oem kit i just assembled. Came with majority oem toyota stickers

I have a question on procedure of installing the clutch master cylinder.. Apparently these clutch petals have a Spring which I'm not familiar with because the hondas that I used to build didn't have this setup. So to install clutch Master cylinder is the process like this:

I have a question on procedure of installing the clutch master cylinder.. Apparently these clutch petals have a Spring which I'm not familiar with because the hondas that I used to build didn't have this setup. So to install clutch Master cylinder is the process like this:

I adjusted my rod until the pedal was even with the brake, but I don't have the OEM kit. I suggest you adjust the rod until it lines up with the hole since the pedal has a return spring anyway.

Can i mount this in the trunk? Will it pass tech?

Going to tap bottom of fuel tank for delivery. Not sure if this pump needs to be gravity fed or if it has good enough suction to be above tank level? Any input is appreciated and what mounts did you guys use?

Hey suplex This is wheels is awesome I want know, what is specs the wheels weld forged and tires Mickey Thompson?

He stated in the forum that he had to get adjustable upper and lower control arms . That will probably be coming from figs...

Joined Mar 28, 2021
·
88 Posts
I have a question for you guys regarding placing the weldon pump in the trunk area. I want ro place the nitrous bottle, pump and controller in the trunk and maybe something over the pump to quiet it down.

In regards to racing it on the track i believe there is a firewall required if i do put it in the trunk. The current lexus rear has a square in it. What work would be required to make it an official "firewall" so i can pass tech. Can i weld a piece of sheet metal to cover the square ?

Thanks for your input.

Added pic as attachment from web.

2001 AR5 Swap, Built NA-T, Standalone
Joined May 18, 2020
·
380 Posts
I'd say that's a good first step, but I think there's another panel that can be unbolted if you take the rear seats out. Not too sure if it goes through, but I remember seeing it on the driver side.
81 - 100 of 120 Posts
Join the discussion
Continue with Facebook
Continue with Google
or sign up with email
About this Discussion
119 Replies
11 Participants
Last post:
G0tgot 3 h ago
Lexus IS Forum
Community dedicated to Lexus IS Enthusiasts. Come in and enjoy our articles, galleries and information on aftermarket parts for the IS300, IS250, IS350.
Full Forum Listing
Explore Our Forums
General Discussion Showroom Go Fast Stuff Go Faster Wheels and Tires
Recommended Communities