01’ Is300
Joined 21 d ago
·
11 Posts
So I cleaned the area and than checked the next day and see a stream of oil coming from what I think is the Crank Seal? Also what could cause oil to be dripping from that bar in front of the oil pan there is a lot of oil residue on it. Please give me your opinions Thank You!

Joined Feb 24, 2016
·
154 Posts
Yea, probably the crank seal... there are 4 seals in the front of the engine that you need to address on this car. The crank seal, 2 cam seals, and the VVT-i o-ring. If you have not done these before, looks like its about time. Great time to order a timing belt kit too while your in there... 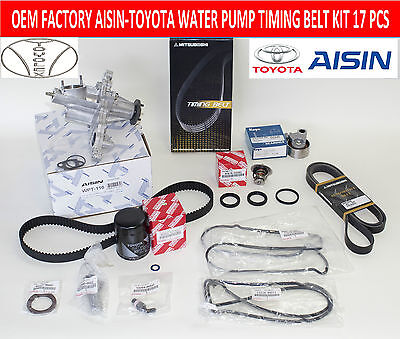 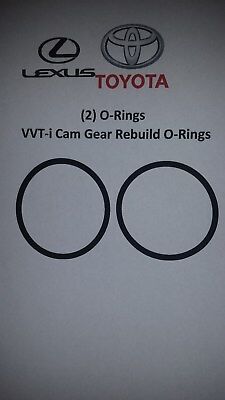 Joined Nov 25, 2012
·
789 Posts
Yep most likely crank seal, when was the timing belt changed as it should be done then while its all apart.
► Show Full Signature
2001 Altezza Gita JCE10

01’ Is300
Joined 21 d ago
·
11 Posts
Thanks Guys, I’m going to get the timing belt Kit put in and get my valve cover gaskets done. I should stop leaking oil than, ALSO My Transmission fluid is very low and my car slips from 2nd to 3rd at low speeds not always tho only sometimes. I’m thinking it’s just because the fluid is low not because of Transmission damage but who knows. I was thinking of getting a fluid change but I hear that can mess up your transmission if it’s already bad so I was thinking, Could I just add some of this Toyota ATF Type IV in the transmission dip stick hole or do I have to drain some out before I put any new fluid in.

Joined Nov 25, 2012
·
789 Posts
You can top it up with that, sure, but i dont think it will fix the slip. These trans tend to do a bit of slip 1-2-3 sometimes under light throttle, it can sometimes be accentuated with old fluid. It would need to be almost empty to start losing drive.

Not picking on you as this has been discussed here so many times , but I really dont understand people saying a fluid change will mess up the trans. The trans is either good or bad, the fluid is either hiding a dud trans or its not. If it craps out after an oil change it was going to crap out anyway very soon, and most likely out in the middle of nowhere when you needed it most. . First thing i will do when i get a car with an auto trans is change the oil and see how it behaves. Leaving oil cruddy oil in it is only going to make it wear out faster. [end rant] 😄
► Show Full Signature
2001 Altezza Gita JCE10
I

Joined Sep 21, 2008
·
916 Posts
For what a mechanic will charge you for seals, TB, water pump, trans flush, you can invest in all the right tool and do it yourself and pocket the profit. So many great threads on fixing the is300 here to help. Swap out the radiator while you do it. Its only $100

and only use OEM toyota seals. You only want to do this once every 90,000 miles. I made two mistakes over the past 12 years of ownership. 1) didnt change the water pump with the TB. It leaked 60,000 miles later. 2) used a Timken crank seal and it leaked immediately. Do it right each and every time.
► Show Full Signature
"Firearms are second only to the Constitution in importance; they are the peoples' liberty's teeth."
-- Pres. George Washington
Real gun stats will shock you
1 - 6 of 6 Posts
Join the discussion
Continue with Facebook
Continue with Google
or sign up with email
Recommended Reading
Read More
Read More
About this Discussion
5 Replies
4 Participants
Last post:
IM QUIKR 8 d ago
Lexus IS Forum
Community dedicated to Lexus IS Enthusiasts. Come in and enjoy our articles, galleries and information on aftermarket parts for the IS300, IS250, IS350.
Full Forum Listing
Explore Our Forums
General Discussion Showroom Member Sale/Trade Go Fast Stuff Go Faster
Popular Communities